New Beginnings - At Light of Day

At Light of Day is the premier annual fundraising event for You’re With Us! While we were joyously preparing for this breakfast in Spring 2020, life as we all know it came to a staggering, and horrific halt. YWU certainly discovered, during those harrowing few months, those that stood by us as our stalwart supporters and we have been so grateful for it. Join us as we celebrate and recognize outstanding partners, showcase community impact, and raise funds to advance our mission.

Please join us and network with over 250+ changemakers throughout Boston and beyond at our New Beginnings - At Light of Day event, that supports inclusion opportunities for young adults with disabilities. You will not want to miss this exciting event!

There are currently no tickets available for this event, but you can still make a donation.

We invite supporters old and new, to join us, on October 27th, 2020, at The Westin Copley, Boston, from 7:00 a.m. to 10:00 a.m. for a continental breakfast, featuring Steve Gross, from Life is Good, a clinical social worker, who has worked tirelessly to better children’s lives, and award winning sports caster, Joe Amorosino, at WHDH 7, as we celebrate a return to life with new beginnings and learn how to navigate what lies ahead.

Steve Gross, M.S.W., is the founder and chief playmaker of the Life is Good Kids Foundation, a non-profit that spreads the power optimism to kids who need it most. 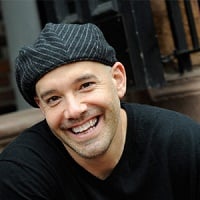 Steve’s signature approach has been widely adapted across the country and throughout the world in response to the social and emotional needs of children deeply impacted by poverty, violence and illness. In addition to his work in the social sector, Steve has worked with many corporations such as Vertex Pharmaceuticals, Million Dollar Roundtable Club, and IBM to demonstrate how optimistic leaders can inspire people and organizations through times of change.

Steve loves to talk to organizations about

How optimism and the 10 Life is Good Superpowers can transform work environments into engaging, compassionate places primed for success. With an emphasis on building meaningful connections, this keynote is an ideal follow-up to any of our brand speakers.

Steve loves to talk to non-profits about

The importance of discovering your own sense of optimism before cultivating it in others. Steve shares a wealth of experience working with childcare providers and kids impacted by trauma to show the importance of cultivating connected, loving, trusted relationships and prioritizing self-care—as you care for others. 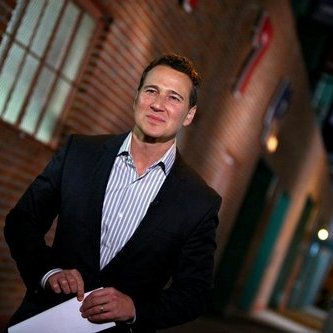 Joe joined 7NEWS in March 1998 as a Sports Reporter and was named weekend Sports Anchor three years later in March 2001. He came to 7NEWS from WPRI-TV in Providence, R.I., where he was weekend Sports Anchor/Reporter. Before that, he was Sports Director/Anchor for Cape 11 News in Yarmouth, MA.

Joe is a 1992 graduate of Boston University and is the recipient of the prestigious “Young Alumni Council Award” for 2000. He is a 1988 graduate of Don Bosco High School in Boston. A product of the Boys & Girls Clubs of Boston, he now serves on the Board of Directors for the John M. Barry Boys & Girls Club of Newton. Joe and his wife have two children and live in the Boston area.

YWU will also recognize the outstanding partners that have stood by our side for years, the new ones that joined in during the pandemic, and showcase our community impact. At the event YWU will give out its first annual Leader of Light Corporate Community Champion and Leader of Light Individual Community Champion Award. Can you guess who it might be? These funds are needed now more than ever before. It is no surprise that funding is lagging behind desperate service need.

It takes the dedication and passion of many to change the all too common experience of social isolation for young adults with disabilities by locating opportunities for them to join college groups, teams, and associations that match their interests. This could not have been more apparent over the last seven months. We all have learned the crippling mental health deficits of isolation. Now multiply that ten-fold for someone that is also developmentally disabled. YWU works daily to help these very individuals.

Funds raised at the New Beginnings - At Light of Day event will enable YWU to provide the critical hands on efforts to break the barriers of isolation in communities. Without funding we know that we will not be available to intervene, and our members will face discrimination, social isolation, and complete, painful social exclusion. YWU works daily to change this paradigm and invites you as able community leaders to join us to do so.

YOUR PARTNERSHIP WITH YWU!

Put your company or organization in front of our audience of over 250+ decision makers and corporate leaders by becoming a New Beginnings - At Light of Day sponsor. Extending your reach beyond the event, you’ll be highlighted in our event communications seen by our email list of 30,000+ both before and after the event.

New Beginnings - At Light of Day sponsor at the following level:

You can support us by making a donation!

Be the first person to get your tickets!